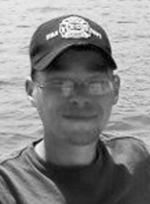 Jason L Spence, 33, of Scandia Road, Russell, PA, passed away unexpectedly on Wednesday, January 2, 2013 at his residence. Jason was born October 26, 1979, in Warren, PA, the son of Larry Spence and...
➠
Ambulance Back in Service

As of the beginning of September our ambulance is back in service. The department currently has 14 EMTs and 2 First Responders. We will be providing BLS service for the residents of Elk Township and w...
➠
About us
Welcome to Scandia Volunteer Fire Department!
Twelve men in the small village of Scandia had to foresight to see a need for a fire department in the community. In 1966 with no money, equipment, training, land or building they knew determination would help them succeed. The first order of business was to recruit volunteers, elect officers and raise money. So fund raising events were started to secure needed funds. 50-50 raffles, auctions, pancake suppers, and raffling off "Charlie" the horse brought money into the fledging department.
The department incorporated in October 1966 and in December of the same year, by-laws were written. The membership bought an International Travel-all as their first vehicle and Duane Kittner was elected the first Fire Chief. Believe it or not the first fire alarm was at the Fire Chief's home. Early in 1967 the department joined Warren County Fire men's Association and closed its' charter with 29 volunteers. Tim Birt donated 2 acres of land on Scandia Rd to be used to build the fire station. The original building was dedicated in October 1968. A base radio station was installed followed by the emergency phone system a few years later.
More apparatus was purchased and sold in those early years including a GMC pumper, a White pumper, a Buffalo pumper and an 1972 International pumper, our 35 year old pumper, which was taken out of service in 2009.

Those early years were tough, at times members had to pass a hat and donate money from their pockets to pay the bills. In 1972 the Township Supervisors added a 2 mil fire tax to help the department. 1975 saw a change in the by-laws to allow women to join the department. Gretchen Nasman was our first female firefighter. The same year, three of our members Jim Kilby, Terry Park, and Ron Johnson successfully completed the first EMT course held in Warren County. Thirty- two years later, Ron Johnson continues to serve as an EMT.
The next year, the men in the department obtained an old Army truck and converted it into a 1250 gallon tanker. This vehicle served us well for many years. Fund raising continued with bingo at the Warren County Fair, followed by a food concession stand. The fair concession is now a joint effort with the Ladies' Auxiliary. In 1978 we purchased a 4-wheel drive demo ambulance to better transport patients. Ron Johnson and Jim Kilby also completed the first Paramedic Course in the County.
Fire training was now serious business with weekly drills held at the fire hall and training available trough the Warren County Fire School. Kelly Ferrie Fire Chief has served on the Fire School Board for many years. Gear had to be purchased to protect the firefighters and that was a major expense. We had our share of structure fires over the years, vehicle fires and forest fires too. Fortunately we have never lost a firefighter in the line of duty.
Over the years we have lost several of our firemen still in active service to the department at the time of their deaths. They were: Paul Spetz, Arthur Anderson, Clayton Hanson, George Agerter and Harry Nasman. Their contributions will not be forgotten. The dining hall was insulated and remodeled in the late seventies under the guidance of George Agerter, who also served as President for many years.
One of the worse disasters occurring in Scandia, was a plane crash that killed two men, during an early April snowstorm. A new base radio station was donated by Control Chief, Inc. in memory of the two men who lost their lives in the crash.
In 1984 Scandia VFD started a water rescue service to be of assistance on the Allegheny Reservoir. The first water rescue vehicle, a 20' boat dubbed "the ark" was donated by the Forest Service but never saw water. It was too costly to repair. Our first sea worthy vessel, a 23' Seabird was donated by Art and Jane Anderson. Our newest watercraft was a 21' pontoon boat, which served as an ideal platform for our dive team was just retired this year.
Our mortgage was finally paid off in 1984 and in 1985 a two truck bay addition was added to the existing building. This addition was dedicated in memory of two of our deceased members, Ken Johnson and Clayt Hanson
In 1986 we officially created an opportunity for young people ages 14-18 to join the department following state guidelines. The first junior members were Tom Ferrie and Troy Moreland. Tadd Moreland was the first junior member to become an EMT at the age of 16.
In 1991 we celebrated our 25th anniversary,our 30th in 1996, our 35th in 2001, our 40th in 2006, and 45th year of service to Elk Township in 2011. Sharon Johnson was the first female President elected in 1992. The same year we held our first Memorial Day Service at Scandia Cemetery. Harry Nasman was instrumental in organizing this event, which was held for several years.
Four members were honored with lifetime memberships in 1993 for 25 years or more service. They were Harry Nasman, Kelly Ferrie, Terry Park, and Ron Johnson. In 2001 Linda Ferrie attained that status, as did Nancy Agerter and Sharon Johnson in 2006. Also in 2011 Joan Moore, Elnora Johnson, Bert Andersen, Hattie Hansen, Rose Schwanke, Jane Anderson, Marie Colander, Charlotte Johnson, Florence Nasman, Fran Peterson, and Chuck Carter all received this honor. We also purchased Engine 2 in 1993, which remains in service today.
In 1995 Chuck Carter and Richard Barrett became our first two rescue divers and started our first dive team. Also in 1995 we purchased a new ambulance which is used today for our QRS service.
The next major project was an addition to our dinning hall and a new much larger kitchen, which was financed by our Ladies Auxiliary. and 2001, our new, handicapped accessible restrooms were added. We also purchased an AED for the ambulance with funds donated by area businesses and memorial donations.
In 2001 we purchased a gently used rescue truck to replace the old van ( our former ambulance) used to transport forest fighting and rescue equipment.
Also in 2009 we purchased a 1996 Frieghtliner/ LaVerne pumper to replaced our aged 1972 International.

Scandia Volunteer Sire Department has come a long way in 45 years with a small group of active volunteers, but without the dedication of our charter members, the support of the community, the Township Supervisors, and the Scandia Ladies' Auxiliary, we couldn't have come this far. But the backbone of this organization is the unwavering dedication of those who serve as Firefighters, EMTs, Volunteers, and Fund Raisers 365 days a year. Volunteers are a dying breed and we the members of Scandia VFD know the importance of helping our neighbors in their times of need. But we are in crisis along with many of our fellow volunteer departments. We just  lost our Ambulance service for five years because we had only two EMTs and we have come to rely more and more on our mutual aid companies with the number of active firefighters decreasing. We appreciate all those departments have done for us over the years.
Over the last couple years we have gained 12 new EMTs and have got our ambulance license back to better serve the community.

To the residents of Elk Township, we'd like to take this opportunity to ask YOU to become a volunteer. We welcome new members all ages and interests to help us keep our doors open. Remember, someday you may require our services and we want to be there when you call 911
More to Come Soon...
Events calendar
May 2022
S
M
T
W
T
F
S
Weekly Drill
Monthly Meeting
Check Us Out on Facebook 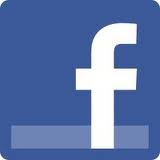 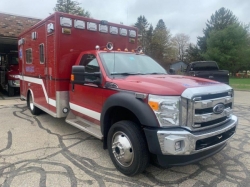 This site has been viewed 266,208 times.
News
Events
Pictures
Apparatus
Maintained by the members and staff of Scandia Volunteer Fire Department. Designated trademarks and brands are the property of their respective owners. Copyright © 2006-2022. YourFirstDue Inc. All Rights Reserved. Content on this web site is supplied by Scandia Volunteer Fire Department. YourFirstDue Inc. cannot be held responsible or liable for any content, text, pictures, or any other media found on this web site.
Management login
Powered by